Sometimes it is next to impossible to feel even the slightest optimism. Days like that—like today—come more frequently as we dig ourselves deeper into the vast chasm of no-return. Then, when I least expect it, Tanna, a breath of hope arrives most unexpectedly. I hope you possess a cheerful, optimistic heart, and that you have the fortitude to hold onto the last shred of hope until the end.

Today, we are three weeks away from the most important election of the last hundred years. This is the last day a person could register to vote in the November 3 election. I hope everyone has taken care to get registered to vote. What if some have overlooked this important date?

I keep thinking about the arrogance—the conceit and spitefulness—of so many of today’s powerful executives, insisting on their right to extract every last bit of natural wealth from the planet for their own gain. The tragedy of this is that they hardly need more wealth in their bank accounts, with billions of dollars already there. They just like to throw around their money-backed power, and ridicule the rest of us. Let the future go to hell, as long as they can watch figures accrue in their un-taxed accounts.

It is so important to change the way our government rules the corporations, for the sake of all of us, successive generations, and for all the life forms on the planet. There is a growing movement to secure basic rights for nature in scattered places around the world. Ecuadorians even wrote it into their revised constitution. It’s an uphill battle here in North America, but as Thomas Berry wrote, “We must now understand that our own well-being can be achieved only through the well-being of the entire natural world. . .” 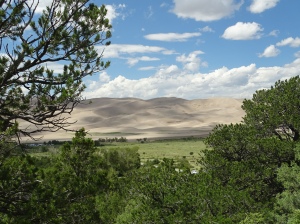 What, exactly is the concept “Rights of Nature?” From the website of Global Alliance for the Rights of Nature (GARN: www.therightsofnature.org) it is the recognition and honoring that Nature has the “right to exist, persist, maintain, and regenerate its vital cycles.” Our ecosystems and their elements—including trees, water systems, animals, and the land itself—have rights just as humans do in our judicial system. All life on Earth is deeply connected.

Years ago, I attended several family-oriented seminars designed to help parents discover the values and strengths that give purpose to their family, as well as to individuals. Through the seminars I understood that my life’s purpose lay in writing, since I had been occupied in pursuits to discover, preserve, and creatively express the beauty of the world around me all my life. I also realized that I am most satisfied when I lend aid, support, and encouragement to others, including elements of the wilderness. I seek to gently support the inner greatness of those with little voice.

That would include Nature, and the entire web of systems that all life forms rely on for sustenance. And that, Tanna, is why I’m working like never before to support candidates who are aware of the environmental risks we face, and willing to listen and work for climate solutions that will benefit every one of us.

This election, I start with Ken White, the musician. Not only has he worked as a professional entertainer, he and his wife Robin Macy together manage the Bartlett Arboretum, one of the natural wonders of Kansas, a thriving oasis that is on the National Register of Historic Places. Someone that close to the heartbeat of the earth, with mottos of “Loyal to Local” and “People Over Politics” surely has the determination to act with the future in mind. 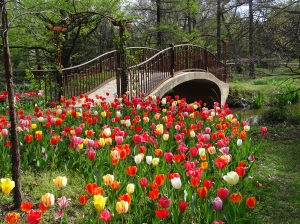 In an online rally, Laura Lombard, a candidate for the US House of Representatives from the local District 4 in Kansas, explained her three top priorities. One was to bolster the economy of rural areas. Another was to make sure everyone had access to affordable health care.

And the third priority she mentioned was the climate crisis. As mother to a toddler, she is worried about what the world will be like when her son grows up. With some creative work, some of her concerns can be solved together. New jobs can be those which benefit the local environment.

The League of Conservation Voters and Natural Resources Defense Council endorsed Dr. Barbara Bollier for the US Senate, two more reasons to support Dr. Bollier. It was thrilling to participate in an online rally jointly sponsored by those groups where they highlighted the environmental statements of six Senatorial candidates around the nation. Dr. Bollier was one of those. And after they spoke, Paul Simon picked up his guitar and sang good old songs from an age long ago.

The Joe Biden/Kamala Harris team has a plan to rebuild crumbling infrastructure, at the same time creating millions of new jobs in the alternative energy and environmental fields. Win/win, right?

One of my life values is harmony. I suppose that could coincide with my musical interests and career as a piano technician. Let’s get rid of the dissonance. (Tune that piano.) Let’s get rid of the obstinate governing bodies that do very little beyond argue with each other—tune that government!

Tanna, with my focus on harmony, I abhor confrontation. I shy away from disagreements, even though I hold some very firm beliefs about where we are and where we should go. To post my support of the green candidates at various levels of government was a big leap in my playbook. I usually don’t do things like that. But this year, it’s too important not to take a stand. If we don’t change our direction—NOW—there will be no tomorrows to look forward to. That’s why we posted signs for our candidates at the end of our driveway. And it’s why I have added bumper stickers to my car.

My heart pounds a little harder whenever I leave home. We’ve been pumped so full of mistrust of each other that I would not be surprised to be challenged by some belligerent, bearded, gun-toting white man. But I must do it anyway. The time has come—indeed, is long past—to take a stand. With my own perceived life’s purpose, I must vote for the Earth, for all the trees, and wildlife that have no vote, nor voice. As Thomas Berry pointed out decades ago, and others even long before that, without nature we are nothing. 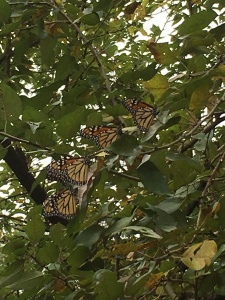 2 thoughts on “Voting With the Voiceless”