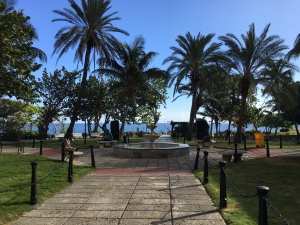 The year I completed my examinations process to become a registered piano technician, a New Yorker named Ben Treuhaft attended the national piano convention. Treuhaft campaigned through the nineties for donations of pianos, repair parts, and technician service to upgrade the condition of Cuba’s musical instruments. He made a plea at the convention for help with the project called “Send a Piana to Havana.” After the Soviet Union pulled out of Cuba, people and their instruments suffered due to the lack of supplies for all kinds of pursuits.

I contacted Mr. Treuhaft to offer help. Several months later, he brought a beautiful and talented Cuban pianist on tour across the country and she played an amazing concert here, at the local college. The sample CD of her recordings that arrived with promotional material for the tour has remained a favorite disc in my collection. Her appearance in my hometown planted the seed which 20 years later has blossomed into the fictional suspense novel Sonata of Elsie Lenore.

I’ve been asked to officially launch Elsie Lenore at a county-wide monster piano concert February 9. The quadrennial event serves as a fund-raiser for music scholarships at Cowley College. The invitation to make Sonata of Elsie Lenore part of the 2020 Keyboard Duet Festival surpasses anything I could have dreamed. Even better, we’ll have another professional Cuban pianist joining the county’s piano students at this event. 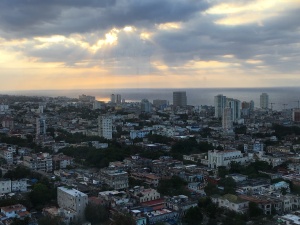 Last year at this time, I was scrambling to prepare for a big adventure to Cuba. I made lists of things to bring, sorted clothing and supplies, checked everything multiple times, and packed my bags. The first week of March, I joined a group of strangers from across the US in Miami and we toured Cuba together. The day before I left, I posted a short note to my Facebook page.

“Getting ready for a big adventure! Nail-biting nervous to be heading out with a group of soon-to-be friends on an educational and good-will mission trip to Cuba. Yes, Cuba. Down there south of Miami. I hear it’s a unique and fantastic experience.”

A number of people responded on the post itself with excitement and encouragement, but I also received a private message from a piano technician colleague in Wichita. “I hope you have time for two friends to meet you in Cuba,” he wrote. “One is a technician involved with our donations of pianos to Cuba project. The other is coming to WSU next fall for graduate study in organ and piano.”

This opportunity iced the cake. Cuba’s musical contributions to the world stage are legendary and I was, after all, heading to Cuba to learn more about its music, its musicians, and its pianists in particular. Within two hours David Pérez Martinez emailed me. Together we worked through language barriers (I speak very little Spanish), as well as phone and internet systems with vastly different procedures. The evening of March 11, 2019, we met in person on the grounds of Hotel Nacional in Havana for a delightful visit at a table overlooking the Malécon Boulevard and the Atlantic beyond. Employed professionally as a pianist and harpsichordist in Havana, David was in process of pursuing further training in organ performance. He had applied to a few universities in the US, including Wichita State University. 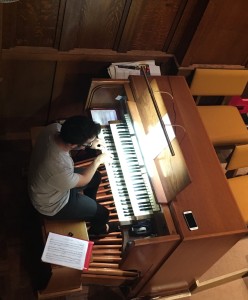 It has been thrilling to return hospitality to this son of a nation that offered exemplary hospitality to me last March, and to keep up with his graduate studies and performances at WSU. His unparalleled joy at the keys warms the heart and provides inspiration to students of all ages here in Cowley County. 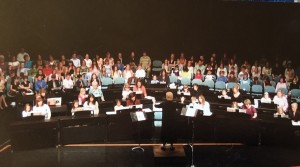 One thought on “Launching a New Book”