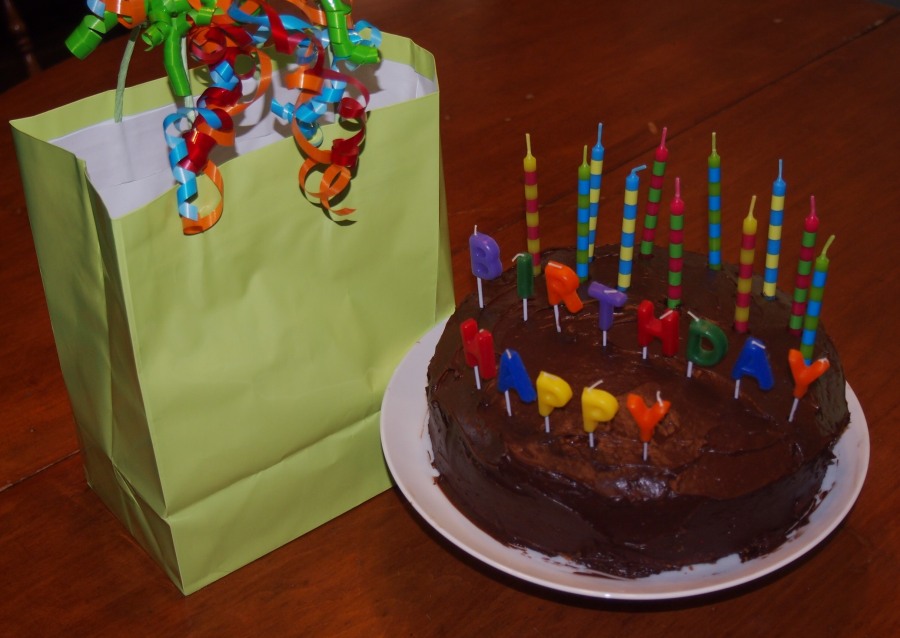 February 21, 1942 was Lester’s twenty-fourth birthday. Amazingly enough, his mother baked a cake and sent it to help him celebrate. This was his first birthday a long way from home, and though none knew it at the time, it was to be his last birthday.

I received your card & letter yesterday & the cake arrived today.  It was in perfect condition and still fresh and very good.  We haven’t eaten all of it yet.  I didn’t set it out for everyone because there wouldn’t be enough to go around but some of the boys in my section helped me sample it.

I did intend to go on liberty this evening and tomorrow but we are quarantined on the station because of scarlet fever.  Two men from this dormitory were taken ill this morning with it.  If I should happen to get it, someone will let you know but I will be OK. You don’t need to come to see me because they wouldn’t let you in.

I had planned to go over into Canada and see what it looks like.  If you look on the map you will see that Windsor, Canada is only a short distance from Detroit.  We are allowed to cross the border without a passport.

I received a birthday card from Margaret & Hank but they didn’t write anything.  I wish that since she used a three cent stamp on it, that she had written a few lines.  I think I told you I got a Christmas card from Anne the other day.  It has been at Great Lakes all this time.

It is nine-thirty and I have just returned from church.  The protestant services are held from eight-thirty until 9:30 and the Catholic services from then until ten-thirty.  There seems to be about an equal number of the two denominations that go to church services.  We don’t have a regular choir, usually about six or eight volunteers.  It is such a nice bright day today that it will surely warm up.  We don’t dress up to go to church, just wear our neckerchiefs with undress blues.

We took our second-class seaman test yesterday. It was so easy that all of us passed.  We get that extra stripe on our sleeves now and should get our extra pay before too long.

I received two cards and a letter from Frances and Gloyd.  Gloyd wrote the letter and said he thought Frances was taking the flu.  How is she now?

There are four boys singing songs about ten feet away.  Did I say singing?  Well, at least they are trying.  They can get plenty of volume.

This letter is progressing pretty slowly and I have several others I should answer so guess I better start on them.