Lately, I have been looking at trees with renewed awareness and appreciation-the tips of spruce trees traveling miles in little circles when brushed by the wind; the clone communities of aspen, connected underground in secret companionship; the shade and shelter from blazing mountain sunshine; home to countless wild birds who wake us at first light with their songs; source of fuel, of energy, of life for the rest of the world’s systems.

Have you ever listened to hear a tree’s gentle message? Weeks now after completing my first read of Richard Powers’ The Overstory, I am practically at a loss to describe the novel’s impact.

“…the word tree and the word truth come from the same root,” Powers writes more than once in the pages of The Overstory. I looked them up. He’s right.

Toward the end, Nick (a character whose family history was wrapped up with American Chestnuts) gestured toward a stand of conifers where he was involved in creating artwork on a scale to be seen from orbiting satellites. “It amazes me how much they say, when you let them. They’re not hard to hear.”

To which his anonymous companion chuckled. “We’ve been trying to tell you that since 1492.”

My own journey with trees in particular and plants in general goes back decades to my own childhood. I had numerous pet plants and I named some of them. There was Katrina, the pea plant, and Elizabeth Mames, a wandering Jew given to me by my 5th grade teacher. Elizabeth Mames fills my summer flower boxes still, purple foliage with small tri-petal blossoms.

No stranger to aloneness that is often chosen but sometimes enforced, it never failed to fill me with peace when I worked with plants. I shied away from human crowds. Still do. But I felt at home under the trees. Did they speak to me? Not in words, exactly. Maybe with sensuality.

Here’s a poem I wrote as a young college student.

Alone and lonely I met the Ponderosa pine,

Relaxed beneath its radial limbs,

Savored, in my loneliness, the sigh of wind

Through its thousands of fingers,

Pondered the cylindrical split of each

Savored again the lonely whine of each live needle

Brushed by the strong south wind,

And I loved that tree.

None but me had ever noticed

and we were companions in loneliness.

At that moment I sensed

All grasses of the prairies,

All trees of the forests,

All birds of the air,

All fish of the sea,

And all creatures of Earth

Were engulfed in the loneliness I knew.

Then, too, I sensed

That though all life may receive

And respond to love,

Only we humans initiate

The silting in of canyons of loneliness.

And then I loved

The Earth and its life,

After reading The Overstory, I’m not sure any longer that only humans can make the first move toward reconciliation and community. Maybe the botanical world is trying to tell us something. If you can hear them, listen. 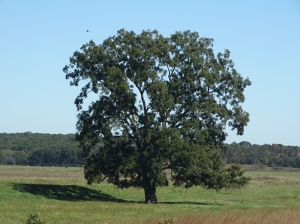 One thought on “To Trees, with Love”